THE ART OF MAKING THE TRENTINO APPLE STRUDEL 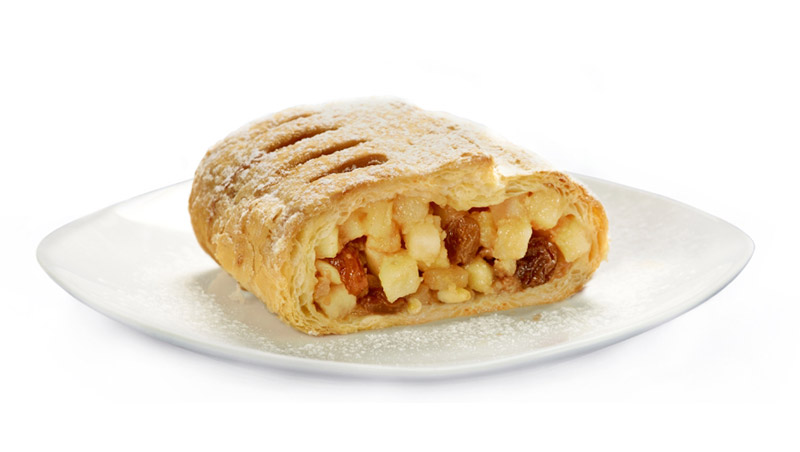 Apple strudel is a typical dessert of the Alpine area, it has become a symbol of the local culinary tradition.

Its origin is to be found in the history of these territories. The history of the strudel is however the result of the encounter between two different cultures: the Turkish and the Hungarian.

In 1526 the sultan Sülayman defeated the Hungarians in the battle of Mohacs, preparing the annexation of a large part of Hungary and, in 1529, besieging Vienna.

The Turks boasted in their gastronomic-culinary roots a very appetizing dessert, Baclavà: a dessert filled with dried fruit, bread and spices.

The encounter between Turkish and Austro-Hungarian cultures, although so different from each other, led to the birth of a new dessert based, however, on a new fruit for the Turks: Apple.

It is precisely the cultivation of apple trees in the Trentino Valleysthat has allowed this “poor” dessert to be widely spread and rooted in the local tradition.

The secret to obtaining an excellent apple strudel lies both in the softness of the puff pastry and in the quality of the raw material par excellence: apple

Graziadei Surgelatihas developed its own exclusive recipe drawing on the experience gained over the years by the owner Giuliano Graziadei in the production of quality puff pastry and in the careful selection of apples strictly from Trentino Alto Adige.

In the Graziadei apple strudel you can enjoy the taste of the best Trentino Traditioninterpreted in an original way. 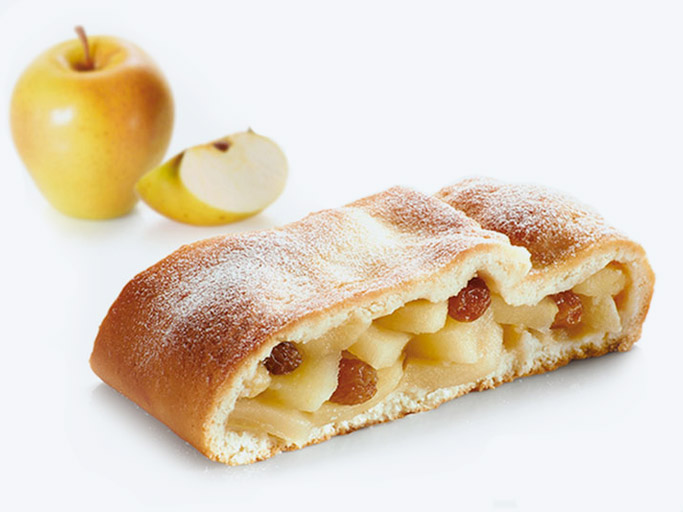